The GUI for fwtool is built using standard WIN32 API.

Redirect the console output to the UI.

Multi-threaded GUI. The decryption or encryption will work in a separate thread so that the UI won't freeze.

This version has a basic UI as the initial design, the only working function is decryption. The source contains Code::Blocks project settings, I will adapt it to pellesc project in next release.

We want it to be as simple as possible. All the functions will be put in a single window. Below is the current design: 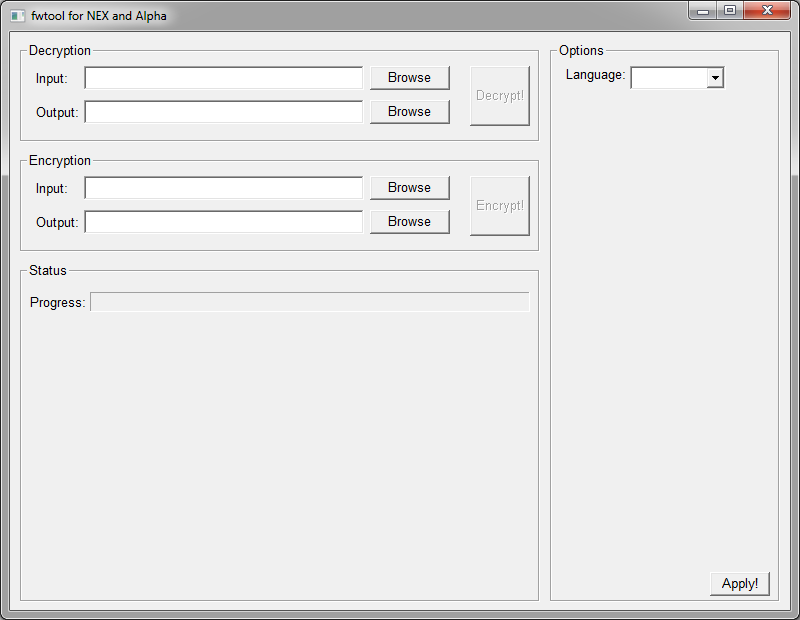